I thought about taking a month off from eating ramen, since I ate so much in Japan, but after several days the withdrawal was setting in and my love for ramen was yearning for some comfort. I needed to break open one of the instant ramen packs that I bought at the Shin-Yokohama Raumen Museum. This will be the first time I feature an instant ramen on this blog, I usually just leave the instant stuff to edjusted and alvin (because they both do such a great job), but I guess I can’t be selfish and I should share these with all of you.

In case you don’t remember my encounter with the real Hachiya ramen, you can check it out here. At the time, I called it the best I’ve ever had, but that was before Jiraigen. Let’s see how the instant stuff compares to the original.

The contents include a packet of Asahikawa ramen soup and a delicious-looking pack of nama ramen. No toppings included, which is a shame, but I wouldn’t want to eat chashu or menma stuffed in a little box anyway. It’s probably better to not add any of my own toppings either because I wouldn’t want to ruin the flavor Kato-san intended. 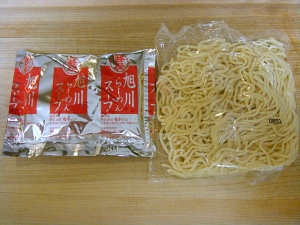 Just a gloopy mess until you add water, but it still smells so good. 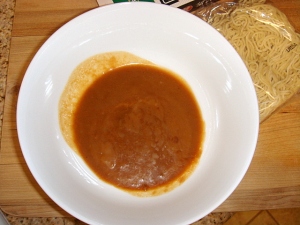 Okay, so it wasn’t exactly the real thing, but it still tasted better than most nama-ramen we can get over here. The soup had a really distinct fish essence that I don’t remember the real thing having. But that charred lard flavor was amazingly still there. Mmmm…I’m glad I bought two packs! 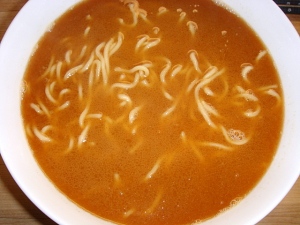 The noodles were very similar to the real thing. Oh man, I wish every ramen-ya in LA would use these noodles. 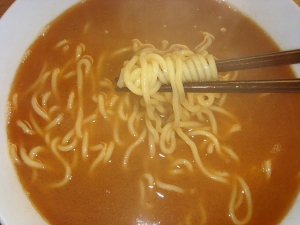