“Show a rock band the way.” That was the title of the email I received last month from Chris Davies, the manager of Blackmarket. Apparently, the guys in the band are huge fans of ramen and since they’d be in Tokyo for a show, Chris enlisted the help of myself, Brian, and Nate to show them around. 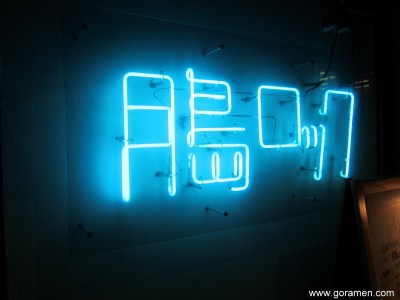 So where did we take them? Tsukishima Rock of course! 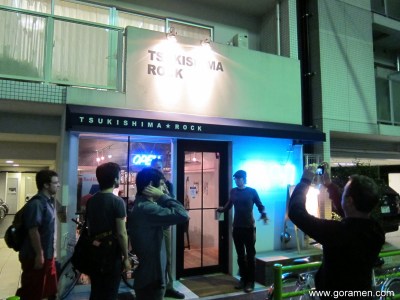 We literally took up half the ramen shop. It was awesome.

It may have just been pure coincidence, but I sat down next to Langdon, the drummer, who happens to be a huge basketball fan like me. Within seconds we were recalling all our memories of the nba when we were kids over a fantastic bowl of ramen. He even respected the fact that I was a clippers fan.

The shoyu ramen we had was, like I said, fantastic! The fragrant smell of ginger was enough for me to say wow!

After our first bowl of the night, I was able to tag along with the band to another live in Shimokitazawa where a Japanese rock band was performing.

And then it was time to show them Bassanova!

After a few autographs for my boss, which included the signature of the honorary fourth member of Blackmarket. 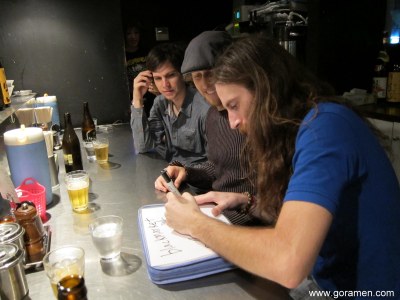 Bam! It was time to show the guys what ramen dreams are made of. 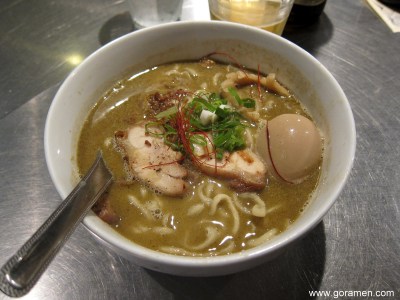 By this time, we had all clearly drank too much, but Mikey and Langdon were in no mood to call it a night. So I took them out–ramen rock star style. haha.

The night never ends without eating ramen at seven-in-the-morning and Yamaokaya just happened to be in our path. 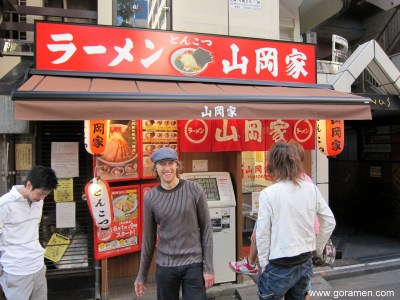 There’s nothing like bonding over a bowl when you’ve partied until the sun comes up.

It’s all about the circles.

One night + one shared story + 3 bowls of ramen = friends for life.