Ahhh, the beach!! It was another hot day in Tokyo and a perfect day to go to the seaside and relax. So after doing some prep at Bassanova in the morning, I was off to meet my friends in Kamakura, where we then walked to Yuigahama Beach. I used to play on this beach as a little kid and as I soaked in the sun’s blistering heat, the memories started to come back. A lot of those memories involved my grandpa. It makes me wonder what it would be like if he was still here. Anyhow, I tried taking this pic facing in the direction of California. Hi mom!!

Speaking of California, is that a California State flag I see? Dude, we gotta go eat there! 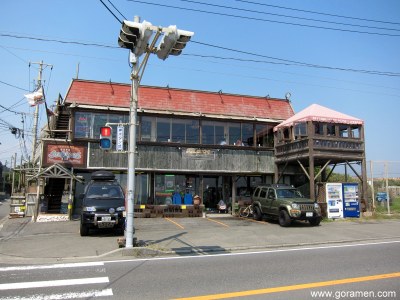 A chili-cheese sandwich!! Not bad, I must say.

Alright, time to go cool down! Or so I thought…

As we got on the Enoden, which has been in operation for over 100 years, we realized that the a/c was not working. So for the next 20 minutes, it was like sitting in a brick oven. At least I had great company! 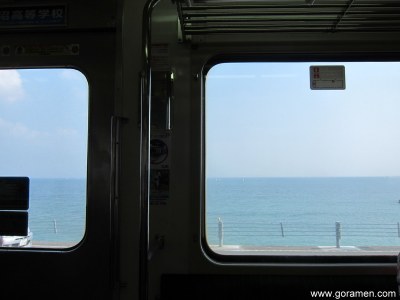 Enough complaining about the heat, let’s go get some ramen! With every good shop in the area either being closed on Wednesdays or closed in the afternoon, we wound up at a place called Gakidaishou. 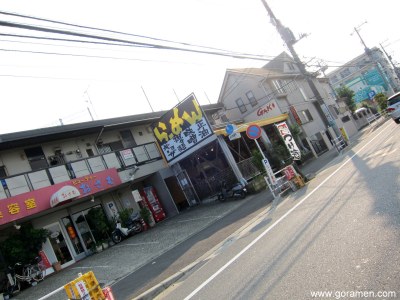 I ordered the Tamago Shoyu Ramen and instantly recognized what type this was. Can you guess what type it is?

We all agreed that it was just okay.

It’s too bad none of the good shops were open. No worries, I’ll be back in Fujisawa soon. 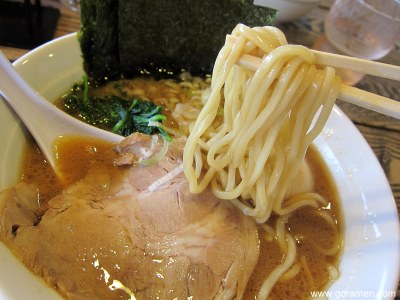 My first whiff of Katori Senko of the summer. 懐かしい～～。 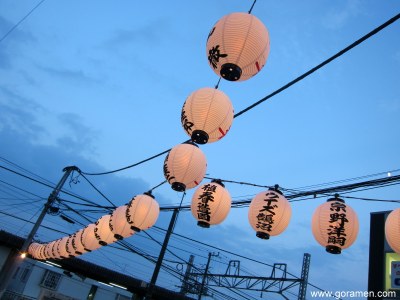 Before dinner, we took a nice stroll along the nearby Sakaigawa river. Remember when I was here last?

For dinner, I was invited to a going away party held at a local restaurant in Kugenuma with great food, great people, and great spirits. I almost didn’t want to go home.

But like I said, I’ll be back. This train better have a/c!

By the way, I won a bet with Shuga. He owes me sushi!!