When I first met Michael McAteer, he had invited me to come stay at his house in Kyoto so we could hash out some ideas while exploring all the best ramen shops that Kyoto had to offer. And since the stars have aligned to give me three consecutive days off of work, I accepted his invitation this weekend. But how should I get there? Sure, I could take the Shinkansen and empty out my wallet, but since Michael was already in Tokyo and had bought something called the ‘Seishun Juhachi Kippu‘, this would enable us to get to Kyoto for one-fifth of the price. The only draw back is, it would take about 5 times longer to get there. No worries, this would give us time to talk. 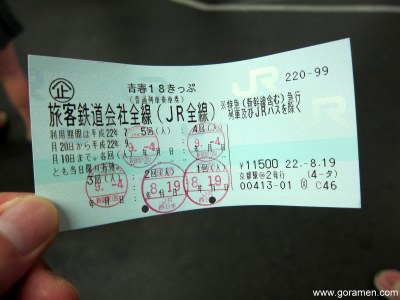 Joining Michael and I on this trip would be his lovely girlfriend Lani, who is also an amazing potter. Alright guys, lets go! 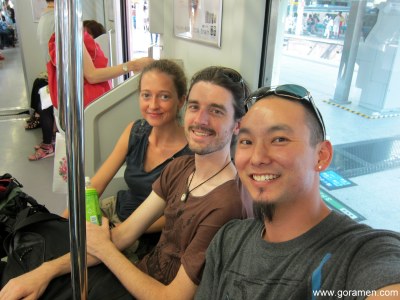 Two hours in after our third or so train transfer, we were still somewhat fresh-faced. 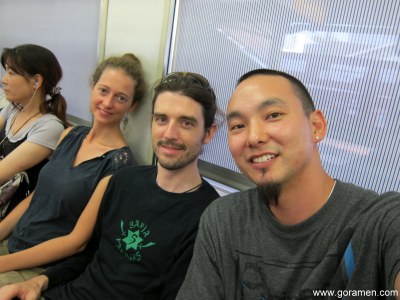 Soon we were transferring again, but this time we were sticking with the ladies from the blue hat society(?). 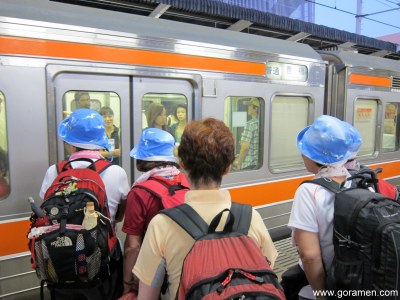 After 6 hours of playing train othello, we finally got enough of a break between transfers to grab something to eat. I forget exactly which station this was (Toyohashi maybe?) but there was a ramen shop and I was starving. 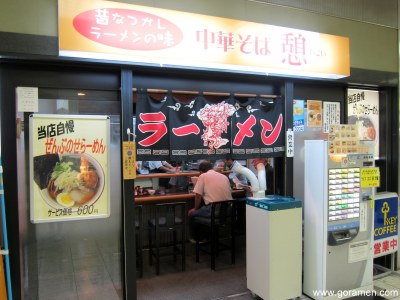 The old ladies were hard at work pumping out bowl after bowl. You gotta admire that. 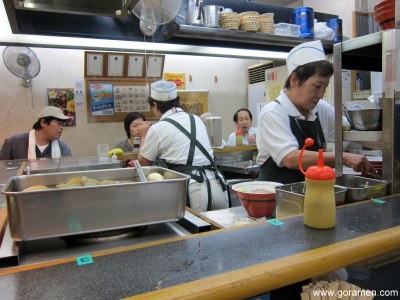 It’s too bad this bowl tasted like crap. But I guess you can’t expect much from ramen at a train station in the middle of Japan. 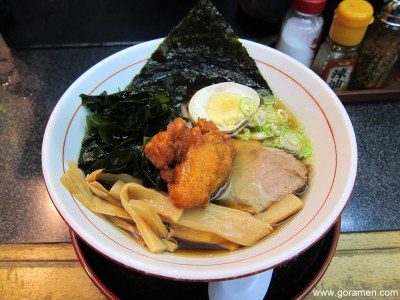 Alright, time to get on the next train. “Yo Michael! You okay?” 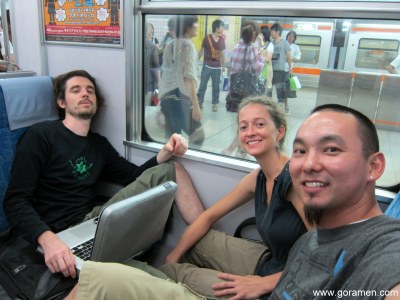 About nine hours in, we were finally getting on our last train. Final stretch! 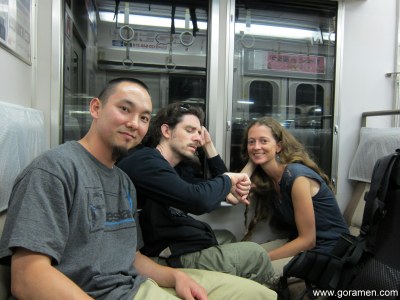 We made it!! That was fun, but you know what we gotta do now right? 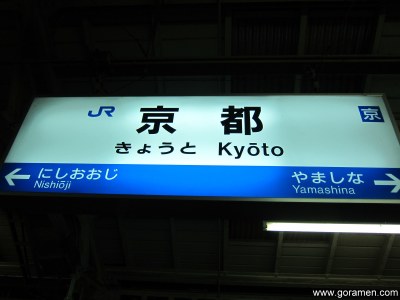 Tenka Ippin (天下一品 総本店)!! With hundreds of shops throughout Japan and even one in Hawaii, Tenka Ippin is a ramen franchise unlike any other. But this location is where it all started and arguably still the best among the rest. Apparently, this original location is the only one that makes its soup in the shop. The others get theirs shipped to them from the factory. 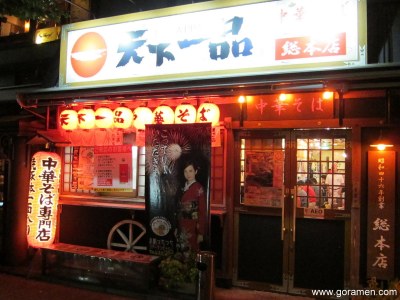 The owner is a huge Becky (ベッキー) fan as you can see from all the posters of her everywhere. And just to give you an idea of this shops popularity, even after midnight the place is packed. 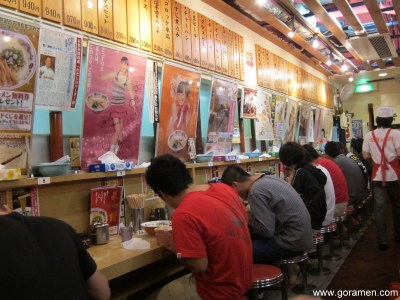 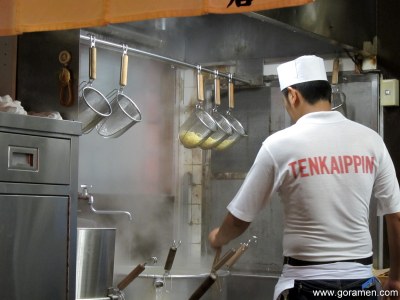 Okay this is how you should order it. Whichever ramen you decide to get, say you want it ‘kotteri.’ If they ask you if you want garlic, say ‘yes!’ Then they’ll ask you what type of noodles you want. Go with ‘regular.’ I added an egg to mine. 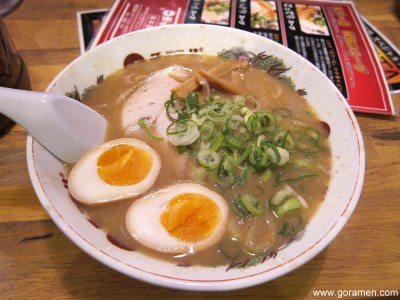 This thick, almost gelatinous soup made with chicken bones and ‘other’ ingredients is a must try if you’re in Kyoto. Go there sober or go there drunk. Just go there! 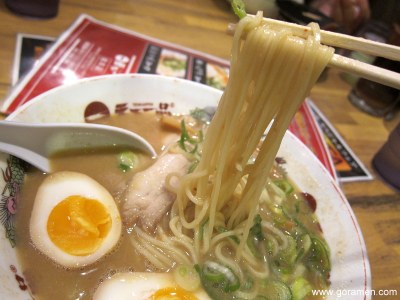 Half-way through the bowl it says, “We’ll be waiting for you again tomorrow.” Hahaha. おおきに！ 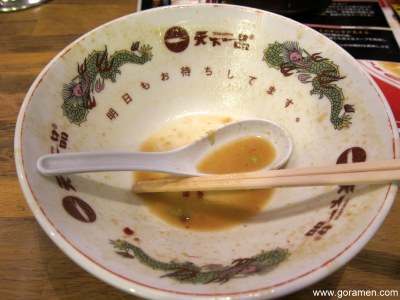 The owner, Kimura-san, began his ramen cart with just 37,000 yen in his pocket. And now his pocket must be fat! He’s a ramen g if you ask me. 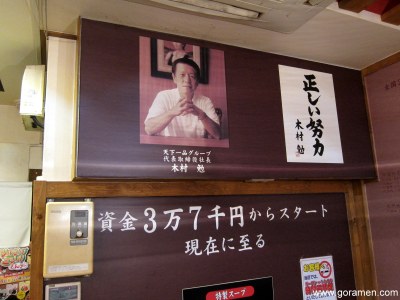 Alright time to get some rest, but first I gotta tell you about Michael’s home. It sits atop a hill made famous by the Fujiwara clan and was built over a hundred years ago. It’s as traditional a home as a Japanese home can get. Complete with the daikoku-bashira and all. Man, this is gonna be a great next couple of days. 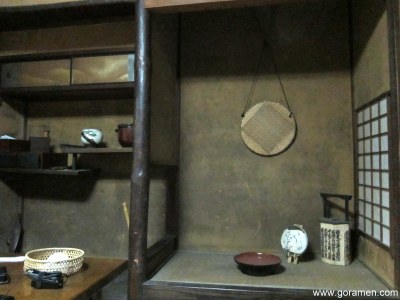 Thank you Michael and Lani for your hospitality!