Day two of the ramen show featured an arm wrestling competition among ramen chefs. I had a bit of a long night last night and I missed signups, but I knew Shuga would represent just fine. 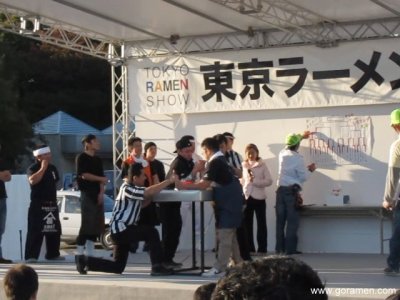 After breezing through his first two rounds, it was time for the dream match up in the quarterfinals. Shuga versus the defending champion Maejima-san. C’mon Shuga!! 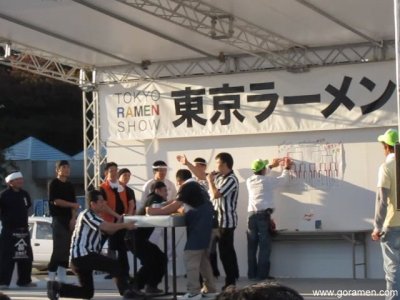 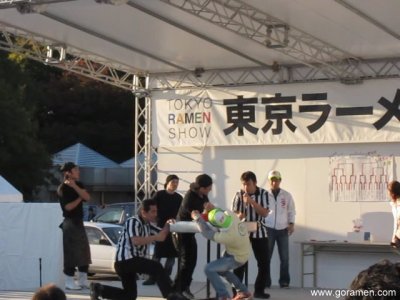 That’s okay. Maejima-san went on to repeat as champion. He is one strong dude. 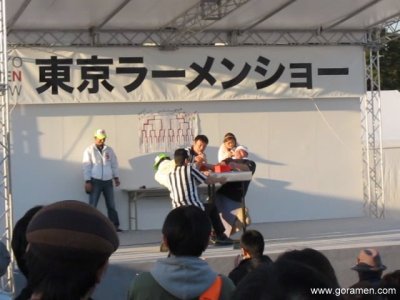 So do I have time to grab a quick bowl before heading to work? Of course! 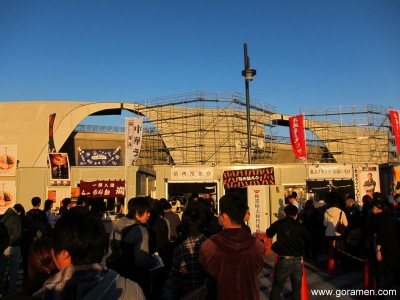 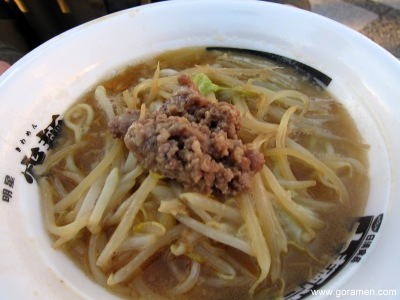 And the rest of us went to Shinshuu Menyuukai (信州麺友会). 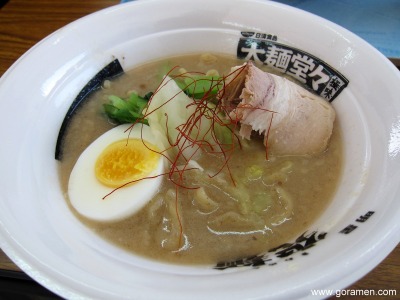 The soup was very thick, almost gravy-like and it really stuck to the noodles. 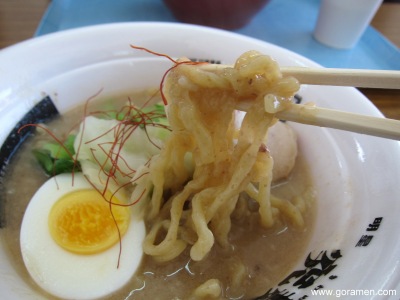 Later that night at Bassanova, Big Country Connor was back!! And this time he wasn’t messing around. He ordered an 大盛り (large serving) Green Curry Soba with a kaedama followed by another 大盛り and a kaedama. Folks, that’s 750 grams! DK you are one crazy dude, but mad props! 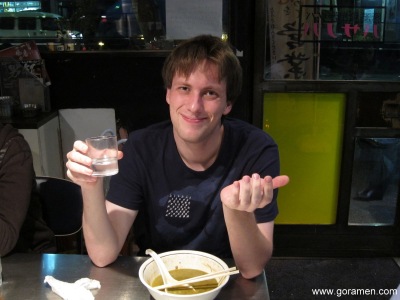 As always, a shout out to the rest of the UC bunch (Jaimie, Jessica, Calvin, Jordan, and Richard) for coming in. 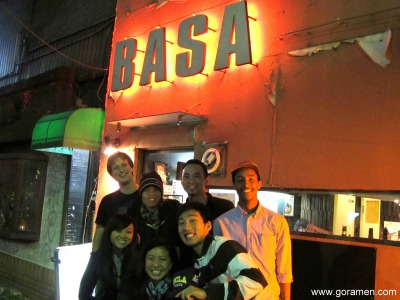