Lately, there have been some requests that I feature more shio ramen and although it’s hardly ever the first thing I order at a ramen shop when I have a shoyu option, it sometimes might be the second. So after a good workout I traveled back to Gamushara and indeed decided to give the shio ramen a try. 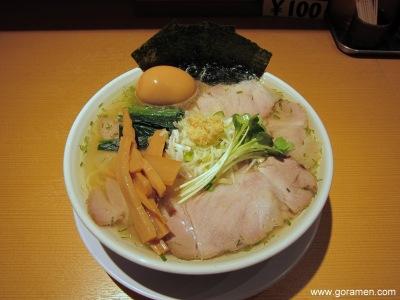 It was very light. Not too salty but just enough to be scintillating. The toppings are the same, but the color is a drastic change from its shoyu counterpart.

It wasn’t the best shio ramen I’ve had (not sure if I’ve even had it yet), but it is worth a try. I might just stick with the shoyu though. haha. You know me too well.

Nori (seaweed). Have you ever seen a bowl of ramen without it?

And to celebrate the 10th anniversary of Cheese Seijin, two new flavors!! Pizza and Gratin!!! 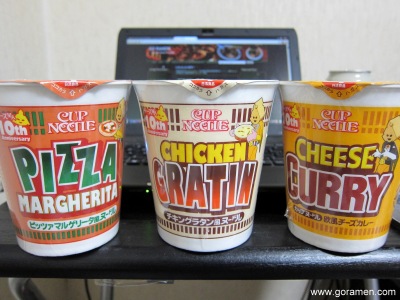