Chef Nakamura uses some of the finest shoyu in the world in his shoyu ramen and today I was lucky enough to tag along with him to the factory where they make it. 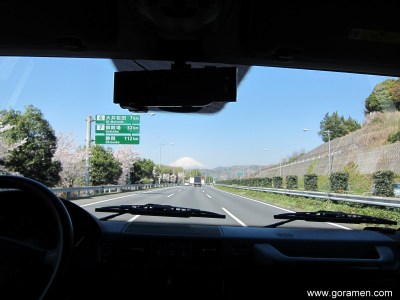 So on this incredibly beautiful day, we headed to Shizuoka with Mt. Fuji gloriously watching our every move. 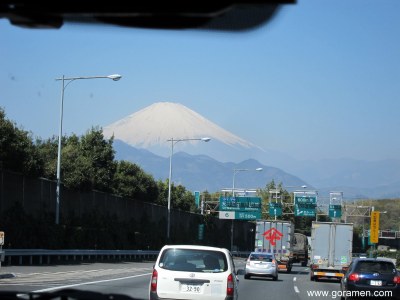 No matter what angle you look at it from, it’s mesmerizing. 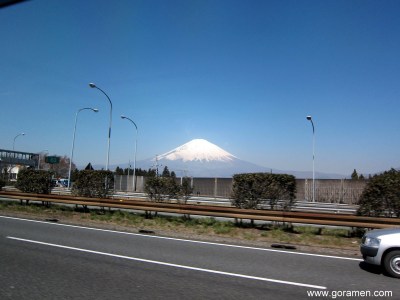 With the sakura in full bloom, we finally made it to the Amano Shoyu factory in Gotemba and were welcomed by Amano-san himself. Okay, what I’m about to show you is something that nobody ever gets to see. I first didn’t even think of asking if I could take pictures, but once Chef told Amano-san about my blog he was more than happy to let me shoot away. I was literally blown away by this experience so hopefully you’ll get to feel some of that too. 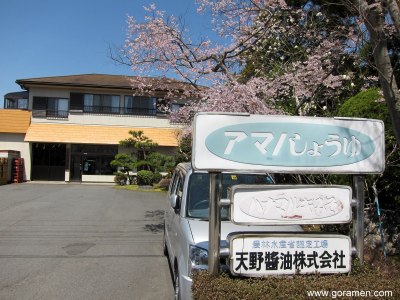 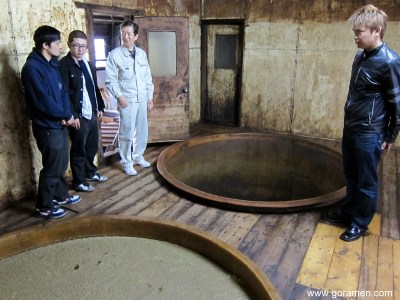 It’s usually a year long process that involves a lot of mixing and waiting. Yes the room is filthy, but there’s a reason for that. The various molds that line the walls aid in the fermentation process. Clean it and the flavor changes. 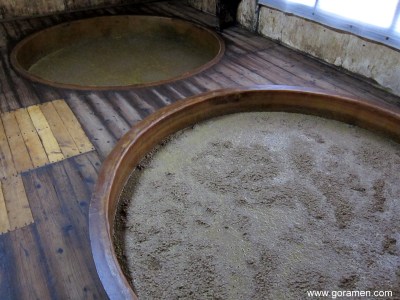 I told you these tanks are huge. Normally this one would be filled to the brim too, but the recent big earthquake and subsequent rolling blackouts have prevented them from being able to prepare a new batch. Btw, another reason why this shoyu is so good is because they use water straight from Mt. Fuji. 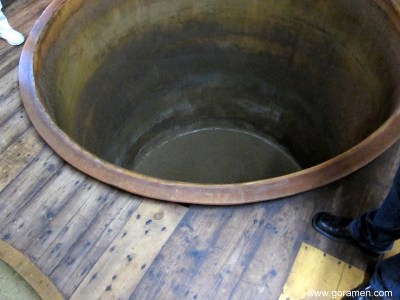 Once they let the shoyu sit for a year, they then mix it back with whole soybeans and squish the daylight out of them. It’s great to see how much pride they have in their shoyu. After seeing all this I immediately felt like I needed to open a shoyu factory like this in the states. Because after all, the key to good ramen is good ingredients. 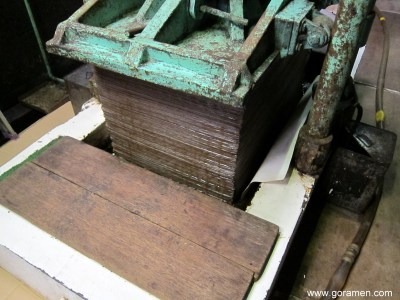 This is the giant mixer they use to wash the soybeans and mix in the secret recipe. 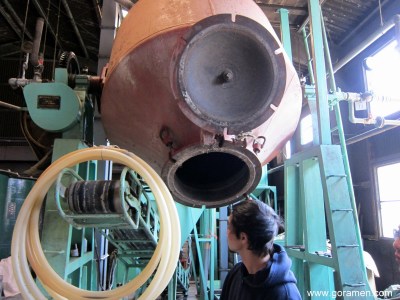 Did I say finest? I meant to say the best! 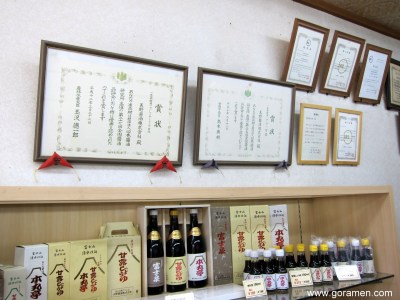 After our tour, Amano-san took us to a nearby restaurant who is also one of his clients. 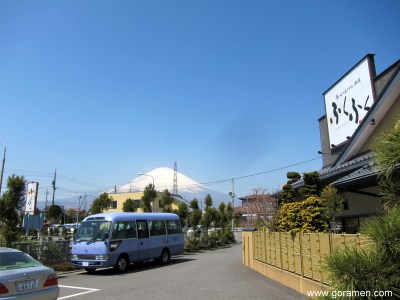 And I was once again blown away. 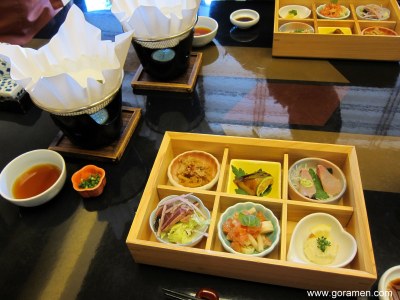 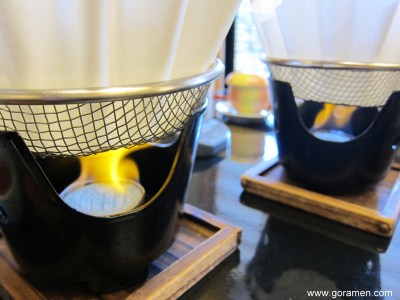 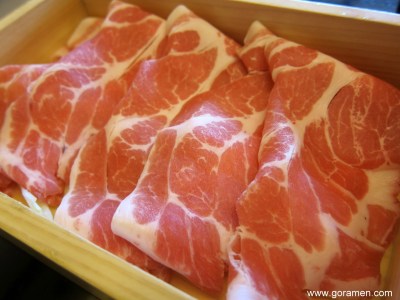 After Shizuoka, Chef drove us to Koshigaya to check out the new shop. 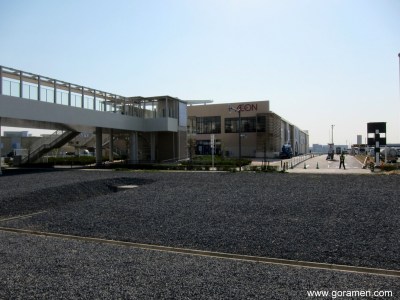 Soft open is on the 23rd and the grand opening is the 28th. 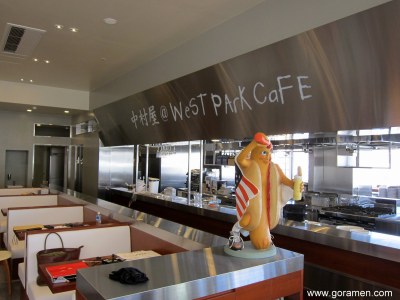 There’s still no telling when and if I’ll be working here but it was nice to see the new shop before it opens. 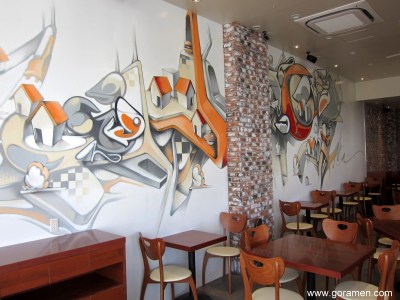 And Koshigaya Laketown actually has a lake! Haha, but it’s man-made.

Anyway, we then headed to Kichijoji. 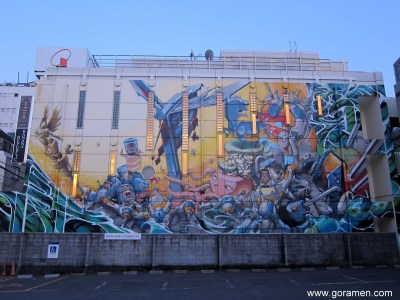 To check out the Kichijoji branch of Nakamuraya @ WeST PArK CaFE. 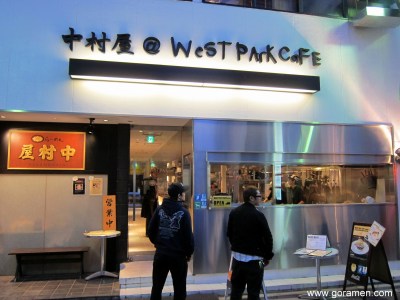 The special at this branch is the Creamy Cheese Ishiyaki Miso Tsukemen. Being that it was my first time here, I had to get it. 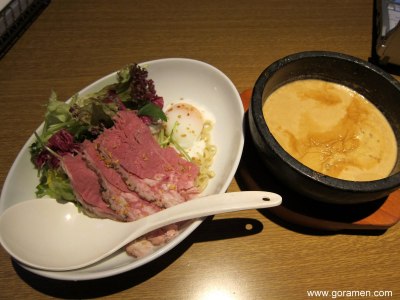 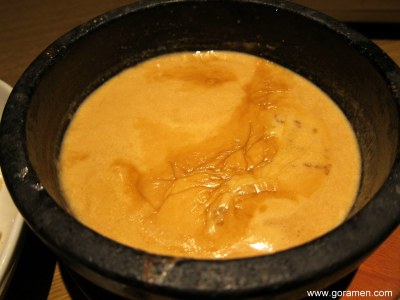 It was like dipping noodles into cheese fondue. Woah! My love of cheese has reached new heights! 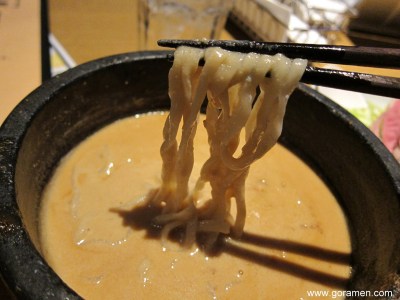 Have you donated? If you can, please do. 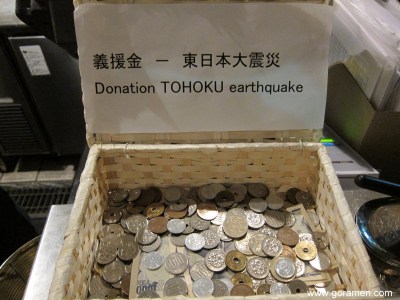 When I finally made it home, I had a nice dinner with my girl.

And was relieved to hear some more good news…

2 Replies to “Show you the shoyu…”