Higashi-Ikebukuro Taishoken (東池袋大勝軒本店)…I finally made it! When one speaks of the origin of Tsukemen (aka Morisoba), only one shop can claim such eliteness. You’ve probably heard about it, read about it, or even seen it on tv, but there’s nothing like experiencing it first hand. Unfortunately, I never had a chance to visit the original shop before it closed, but the new shop is just as worthy. (Side note: The Indian restaurant next door had a longer line.)

On occasion, you still might find Yamagishi-san sitting out front greeting customers, but he was absent on this day and replaced by another old man with a cane.

So here it is, Morisoba. With tsukemen having evolved in many ways over the years, this felt like I was slurping a bit of history. 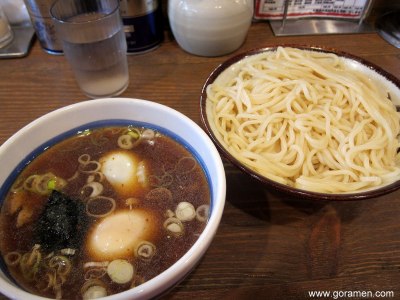 The noodles were a tad soft, but nevertheless amazing.

The soup was tangy, mildly sweet, and screamed Taishoken. 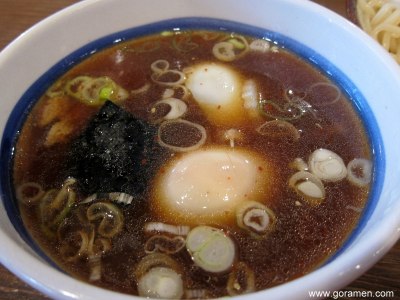 Thank you Higashi-Ikebukuro Taishoken for opening the door to tsukemen!

FYI: There are two big players in the ramen world when it comes to the name Taishoken. Higashi-Ikebukuro (HIT) and Eifukucho (ET). Both have been around forever and both have influenced hundreds of shops around Japan. If you’re walking around Tokyo and happen to see a shop with the Taishoken name, chances are they have roots leading back to one of these two. In any case, don’t get these two mixed up as they are quite different. With HIT being the founder of tsukemen, you won’t find this cold dipping noodle at ET. And don’t dare ask for it.