After another workout, I needed to replenish my body with lost nutrients and Taketora (らーめん たけ虎) in Hatagaya was nearby.

I ordered the Zenbunose (everything on it) Ramen. Now that’s how to replenish a body. 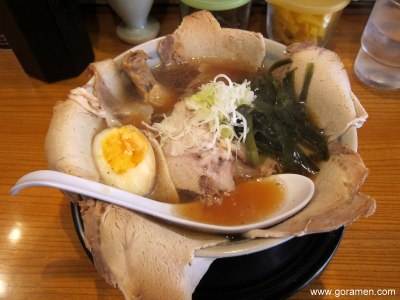 It’s a pretty simple shoyu ramen with just a lot going on. About ten slices of chashu, half an egg, and even a chicken leg. And all for less than 800yen! As Hiroshi would say, “Hatagaya is best!!”

I initially planned on staying home tonight, but after browsing the new tsukemen mag and coming across this Shrimp-based Tomato Tsukemen with Mozzarella cheese, my plans changed.

I’ve been to Gonokamiseisakujo before and I liked it so I was looking forward to giving this tsukemen a try. 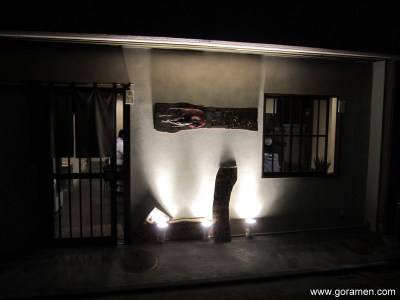 The noodles were sexy as ever and topped with a dollop of pesto sauce. I was instructed to dip the bread into the soup too for best effect.

…and some mozzarella cheese. There are some added herbs and spices to make it taste more Italian, but it’s signature shrimp flavor holds it all together.

Not bad at all.

I was in the mood for Italian…

2 Replies to “Shrimp, tomato, and cheeeeese…”